We ever bow and adore Ganesh, from whom Fire, Sun, Rudra, Earth and Water came from whom were created oceans, moon and air and from the living and the inert things and all kinds of trees came into existence.......... Ganesha Puranam

Sankara Bhagavatpada taught us the great truth that all the deities we worship are but manifestations of one supreme Self - Paramatman. He established the worship of six forms of worship of the Supreme - Siva, Vishnu, Surya, Sakthi, Subramanya and Ganapathi, all sanctified in the Vedas and each having a specific Gayatri Mantra. The survival of the Sanatana Dharma is mainly due to the spread of the Advaitic principle, which saw no distinction between the various denominations and sects and underlined the essential duty of all sampradayas and followers.

TEMPLES - THEIR ROLE IN OUR RELIGION

Adi Sankara and other Acharya's intellectual expositions through their versatile bhashyas and the soul stirring songs of Nayanmars and Alwars had a remarkable effect in weaning people towards Hinduism. But that was not enough. The Bhakti movement needed a form to rely upon. In those days many were illiterate. The great rulers of the South - Chera, Chola, Pandya and Pallava - understood this vital need and started constructing Temples. The temples they built are standing examples of worship, art, sculpture and architecture.

Every devotee can see the divinity in our idols consecrated in the Temples and various upasanas like abhisheka, alankara, naivedyam and aarti are performed.Consequently one can focus the power of the Lord in the consecrated idols, in the temples.The temples also played a crucial role in the society's day to day life and the builders made the temples the focal point of economic, cultural, educational and spiritual activities of the village. The kings made the temples inseparable from the normal way of life. The popular saying in Tamil viz.,'Do not live in a place where there is no temple' and 'The glimpse of the Gopuram destroys sins' show the importance of the temples in the lives of people.

The South Indian Community of Delhi as far back as 1950 felt the necessity to have a temple in the National Capital for the benefit of resident devotees of New Delhi to have a place to do Poojas , rituals and rites in their traditional manner. To this end, certain Philanthropists and Citizens of Delhi formed themselves into a Committee known as SREE VINAYAKA MANDIR COMMITTEE which was later registered with the Registrar of Societies Delhi on the 16th Day of April 1953. The Primary objective of the Committee was to install Lord VINAYAKA in the Capital.

A Small temple with a “Garbha Griha” [sanctum sanctorum] for Lord Vinayaka and Prakaram around it were constructed out of the voluntary contributions received from the public. With the blessings of His Holiness Paramacharyal of Kanchi Kamakoti Peetam and His Holiness Sree Sankaracharya Swamigal of Sringeri Sharada Peetam, the idol of Sree Siddhi Buddhi Sametha Karpaga Vinayakar sculpted by Sthapathis from south India.was consecrated on the 24th August 1961 in the then Vinay Nagar [now known as Sarojini Nagar].

Kumbabhishekam was performed in the traditional South Indian style in the presence of a number of Devotees from different parts of the country. From this humble beginning, the Mandir has grown steadily with the ardent devotion and support of the public. Subsequently, the Vigrahas of Lord Hanuman and the Navagrahas were added in appropriate places within the temple. Special Abhishekams, Homams and prayers are performed on important occassions in addition to the Daily traditional Abhishekams and Pujas, which attract the attention of the devoted public of Delhi. In June 1983 to meet the wishes of the Local devotees a temple for Lord Siva was also consecrated. Here the Swayambhu Linga- Omkareshwarar brought from Narmada river has been installed with the sculpted Idols of Parvathi, Ganesh and Karthikeya along with Nandikeshwar.

The temple celebrated its 50thYear known as ‘GOLDEN JUBILEE YEAR’ and the temple celebrated the year as “SWARNA JAYANTHI MAHOTSAVAM”. During this Swarna Jayanthi Mahotsavam the temple management have conducted various types of Vedic rituals and Cultural Programmes befitting the occasion. On conclusion of the year long programmes, with the Blessings of Lord Vinayaka, SWARNA BHANDHANA KUMBABHISHEKAM, was performed on 19th June 2011. Kumbabhishekam is a ritual required to be performed after any major repairs by performing special Abhishekam with Holy waters on the Kalash installed on the top of the temple Gopuram(Temple Tower).

The Temple authorities have conducted various types of Maha Yagnas in the past. Following are some of the important Vedic Programmes conducted in this Temple.

Here Sree Vinayaka Mandir Committee [SVMC] would like to mention that 4th edition of Maharudram Book in Sanskrit was published by the Temple committee. This book is very popular among the Vaideegals[Pandits] and Rithviks all over the world. All Leading Veda patashala and Mutts teaching Vedas recommend this book for a complete Maharudram chanting with procedures. Tamil, Kannada and English editions were released on the occasion of 28th Maharudram in the year 2016. Soon Malayalam and Telugu editions will be released.

More than 1600 Maharudram books in various language were dispatched to Chicago in the year 2018.

This is the only Vinayaka Temple wherein the Swapageetham is recited at the end of the day when devotees get a Darshan of Lord Vinayaka with his consorts Sidhi and Budhi before He gets closeted for the day. A set of Special Slokas – “Swapa Geetham” consisting 8 slokas is recited by all the Devotees during this ritual before the curtain of Sanctum Sanctorum is drawn. These slokas are available on our website www.vinayaka.org.

Also this is the first Vinayaka Temple wherein the Sidhi Budhi Vivaha paddhathi has been framed and a book Sidhi Budhi Vinayaka Vivaha Paddhathi rendering guidance on these procedures has been released for the benefit of devotees and other temples. It is understood that many other temples found this book to be useful and they follow these ritualistic procedures. This Vivaham is being performed every year the next day after the main Vinayaka Chathurthi and is being conducted for over 30 years.

It is also to be mentioned that all daily sevas [Poojas] can be booked online by login @ our website www.vinayaka.org.

These achievements have been possible only with the blessings of Lord Vinayaka and the full cooperation of the Devotees.

May Lord Vinayaka Bless you all. 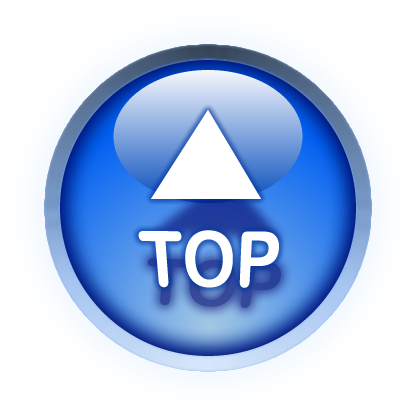